It is the policy of the Juab School District (District) to provide equal educational and employment opportunities for all individuals.  Therefore, the District prohibits all discrimination on the basis of race, color, religion, sex, age, national origin, sexual orientation, disability, or veteran status.  This policy extends to all aspects of the District’s educational programs, as well as to the use of all District facilities, and participation in all District-sponsored activities. Any individual who initiates a good faith complaint under these protections will not incur retaliatory measures.

CIVIL RIGHTS COMPLAINT PROCEDURE
Complaints of discrimination should be filed with the individual’s principal or supervisor and/or with the District Compliance Officer according to the provisions of the Juab School District Civil Rights/Section 504 Grievance Procedure.  If the complaint is against the principal or supervisor, the complaint may be filed directly with the District Compliance Officer.
The individuals who have been designated to monitor and coordinate the District’s compliance with Title IX, Section 504 of the Rehabilitation Act, the Americans with Disabilities Act, and all other applicable State and Federal civil rights laws, may be reached at the following address and telephone numbers:

Discrimination complaints should be reported as soon as possible, but no later than 90 days after the incident(s) in order to be effectively investigated and resolved.

ACCOMMODATIONS FOR INDIVIDUALS WITH DISABILITIES
In compliance with Section 504 of the Rehabilitation Act (504) and the Americans with Disabilities Act (ADA), Juab School District will provide reasonable accommodations to qualified individuals with disabilities.  Students, parents, or employees needing accommodations should contact their school ADA/504 Coordinator, principal, or supervisor.  Or you may contact the District ADA Coordinator, Dr. Royd Darrington (435) 623-1940.

State Procedure
The complainant may contact the Educational Equity Coordinator at the Utah State Office of Education.  The contact information for the coordinator is as follows:
250 East 500 South
Salt Lake City, Utah  84114 – 4220
(801) 538 - 7500

SAFE & ORDERLY SCHOOLS
It is the policy of the Juab School District to promote a safe and orderly school environment for all students and employees.  Criminal acts or disruptive behavior of any kind will not be tolerated and any individual who engages in such activity will be subject to school disciplinary action as determined by school administrators, District disciplinary action as determined by the Student Services Director, police referral and/or prosecution.  In determining appropriate discipline, school officials will consider the totality of the circumstances, including the severity of the offense, as well as the individual’s age, disability status, intent, academic status, and prior disciplinary record.

EXTRA-CURRICULAR ACTIVITIES
Participation in interscholastic athletics, cheerleading, marching band, student government, student clubs, graduation ceremonies, and other extracurricular activities is not a constitutionally protected civil right.  Therefore, students who are disciplined, suspended, transferred to an alternative placement, or expelled, may lose the privilege of participation in all extracurricular activities during the period of discipline and will not be afforded due process procedures to challenge the denial of participation.

ACCESS TO FACILITIES
The use of school buildings and grounds is granted pursuant to the Utah Civic Center Statutes at Utah Code Ann. (UCA) 53G-7-209, 210 and District Policy GC.  Approval under this policy is a PERMIT and grants the District full legal immunity under the Government Immunity Act of Utah pursuant to UC 63G-7-301. All groups have equal access to use district facilities via the district’s Community Use School Facilities Policy.

HARASSMENT/HAZING
Students may be suspended, transferred to an alternative placement, expelled, referred for police investigation, and/or prosecuted for engaging in any physical or verbal aggression, intimidation, initiation, or discrimination of any school employee or student or school-related activity regardless of location or circumstance, including but not limited to bullying, hazing, or sexual, racial, ethnic, religious or disability-related harassment.

SEARCH AND SEIZURE
School officials have the authority to search a student’s person, personal property, or vehicle while located on school property or at a school-sponsored activity when they have reason to believe that the search will turn up evidence that the student has violated or is violating a particular law or school rule.
Students have no right or expectation of privacy in school lockers.  School lockers are the sole property of Juab School District.  Periodic inspections of lockers, including the use of drug-detecting canines, may be conducted by school authorities for any reason at any time, without notice, without student consent, and without a search warrant.

COMPULSORY EDUCATION REQUIREMENTS
A parent or legal guardian having custody over a school-age minor is required under State law to enroll and send a school-age minor in a public or established private school during the school year in the district in which the minor resides.  The process of education requires continuity of instruction, class participation, and study.  Frequent absences from classes disrupt the instructional process.  Parents/guardians are encouraged to work with the school in promoting the regular attendance of all students.

RIGHTS UNDER THE PROTECTION OF PUPIL RIGHTS AMENDMENT
The Protection of Pupil Rights Amendment (PPRA) affords parents certain rights regarding the use of surveys or other school activities which may involve the collection or use of protected information.  These include the right to:
Consent before students are required to submit to a survey that concerns one or more of the following protected areas:
[a] Political affiliations or beliefs of the student or student’s parent;
[b] Mental or psychological problems of the student or student’s family;
[c] Sexual behavior, orientation or attitudes;
[d] Illegal, anti-social, self-incriminating, or demeaning behavior;
[e] Critical appraisals of others with whom respondents have close family relationships;
[f] Legally recognized privileged relationships, such as with lawyers, doctors, or ministers;
[g] Religious practices, affiliations, or beliefs of the student or parents; or
[h] Income, other than as required by law to determine program eligibility.
Receive notice and an opportunity to opt a student out of activities involving collection, disclosure, or use of personal information obtained from students regarding any of the protected information areas.
[a] Protected information surveys designed to be administered to students;
[b] Instructional material used as part of the educational curriculum.

Juab School District has policies in place to protect student privacy as required by both state and federal law.  The school will directly notify you of the specific or approximate dates of activities that involve the collection or use of protected information, and provide an opportunity to opt your student out of participating in such activities.

Parents who believe their rights have been violated may contact the school’s administration or file a complaint with:
Family Policy Compliance Office
U.S. Department of Education
400 Maryland Avenue, SW
Washington, D.C.  20202-5920
(202) 260-3887

Informal inquires may be sent to FPCO via the following email address:  This email address is being protected from spambots. You need JavaScript enabled to view it..

RELIGIOUS EXPRESSION IN PUBLIC SCHOOLS
In compliance with existing federal and state law regarding religion and religious expression in public schools, the District or school may neither advance nor inhibit religion.  It is the District’s policy to 1) allow students and employees to engage in the expression of personal religious views or beliefs within the parameters of current law, and 2) maintain the schools' official neutrality regarding sectarian religious issues according to the constitutional principle of separation between church and state.

The right to inspect and review the student’s education records within 45 days of the day the District receives a request for access. Parents or eligible students should submit to the school principal a written request that identifies the record(s) they wish to inspect.  The principal will make arrangements for access and notify the parent or eligible student of the time and place where the records may be inspected.

NOTE:  Personal information about students, known as “directory information”, can be made public.  This information may include a student’s name, address, telephone number, email address, photographs, date and place of birth, grade level, awards, honors, and other information typically found in school yearbooks, athletic programs, honor rolls, or class/school contests.  If parents do not wish this information to be made public, the school must be contacted within 15 days of this notice.  Any parents who have concerns regarding photographs or videos of students in activities or events should contact the principal.  Additionally, federal law requires that the district/school provide military recruiters with three directory information categories - names, addresses, and telephone numbers – unless parents have advised the school that they do not want such information disclosed without their prior written consent.

HOMELESS STUDENT ELIGIBILITY POLICY
The Board recognizes the importance of requiring and maintaining necessary records for all students.  However, the Board also recognizes the importance of removing barriers for homeless students to enroll and participate in school.  “Homeless students” means individuals who lack a fixed, regular, and adequate nighttime residence; and includes children who are:  1) living with a friend, relative, or someone else because they lost their home or can’t afford housing; 2) staying in a motel, hotel, trailer park, or camping ground due to the lack of alternative accommodations; 3) living in a transitional shelter; 4) living in a public or private place not designed for or ordinarily used as regular sleeping accommodation for human beings; 5) migratory children who qualify as homeless because they are living in circumstances described above.  Under the McKinney-Vento Act, homeless students are entitled to immediate enrollment and full participation even if they are unable to produce records normally required for enrollment, such as previous academic records, medical records, proof of residency, birth certificate, or other documentation.  42 U.S.C.  Section 11432 (g) (3)(C) and (g)(1)(H)(I) 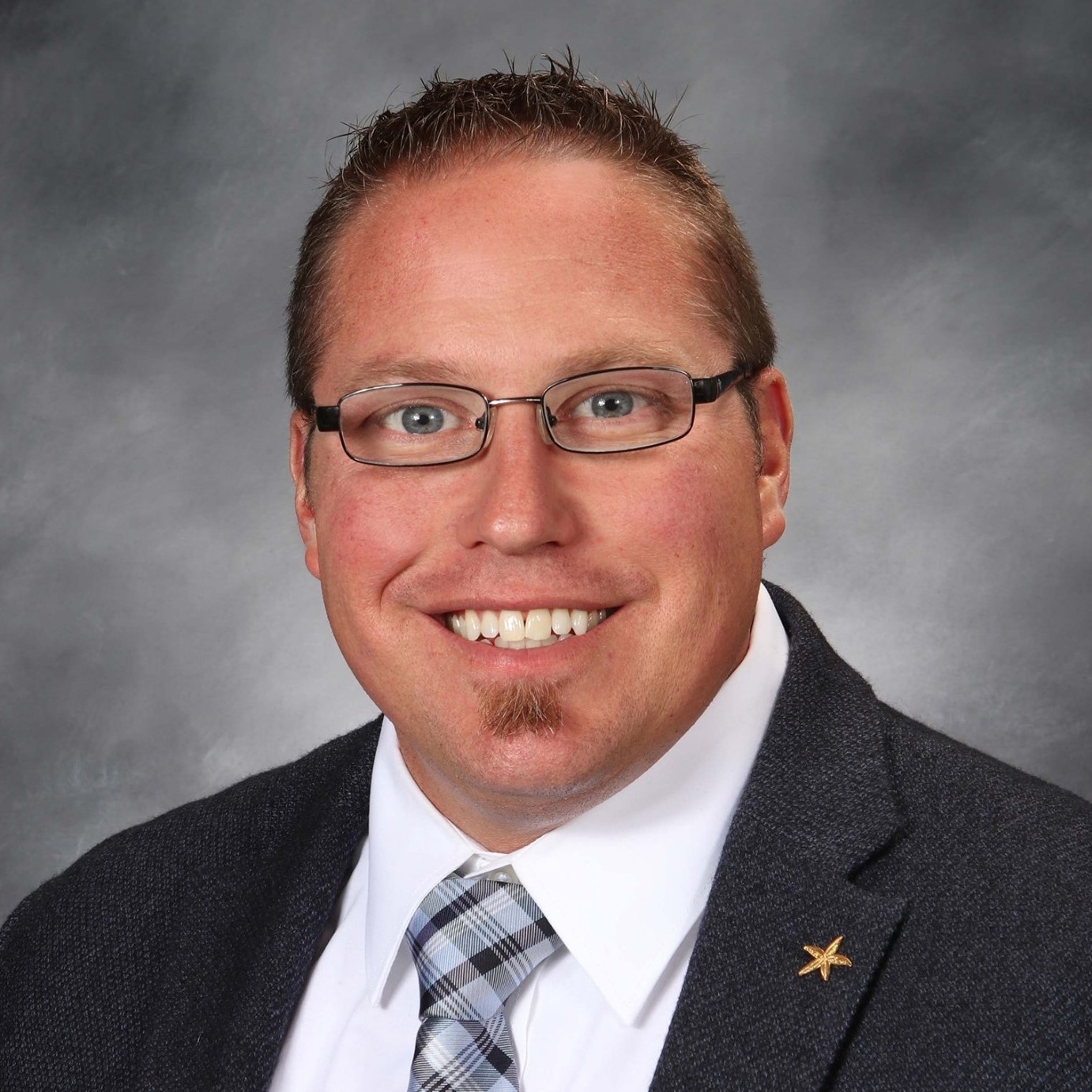